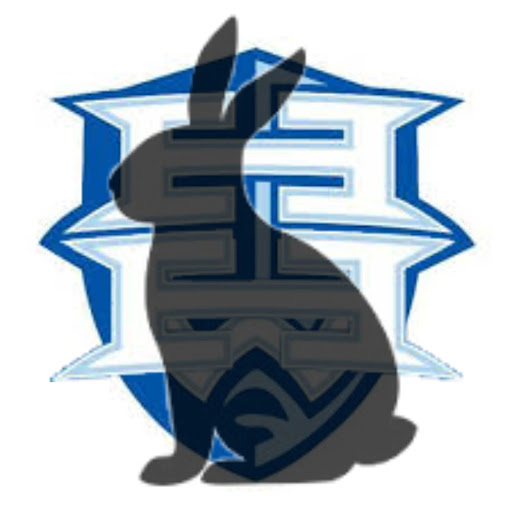 Potential new school logos to go with our new mascots. 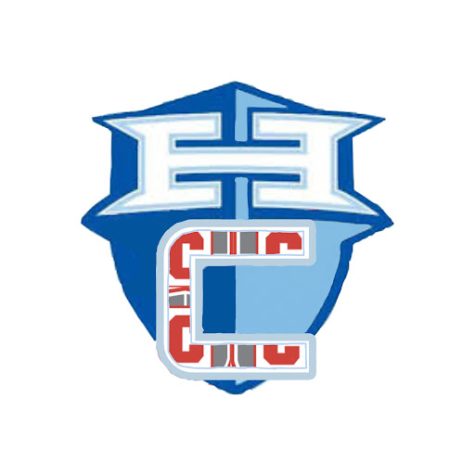 As I’m sure we all know, the Hall Warriors are no more. And while some mourn the old (racist) mascot, and some leave the decision of picking a new one up to the town, others have more sensitive ears. Can you hear that? That faint tapping? That’s right. Opportunity is knocking, and I will answer the door. There’s a mascot-shaped void to fill at Hall High School, and “Void-Filler” is my middle name.

Sometimes, the most obvious solution is not necessarily the right one. I’ve heard talks of picking a new mascot that also starts with a W, to make the transition easier. Wolves, Wave, Whales; there’s a Whole World of Wonderful options that We are going to ignore. The W name has been done. We’re past that. There’s 25 other letters of the alphabet that we should invest our time and energy into considering before we fall back into old patterns. With that, I present my first pick: the Hall Hares.

Hares as an animal are speedy and cunning, two traits that I feel really represent Hall. In addition, Hall Hares is alliterative and fun to say. Not to mention, instead of the tired, drab, already-been-done “roll warriors” or “roll blue” we can implement a new, fun, exciting phrase: ROLL RABBIT.

Any concerns over our beloved Hall hype page not fitting with the new mascot can be alleviated. The best fan section in the country can easily change their account from @bluewagon to @blueburrow, given that hares live in burrows. Really, Hall Hares is our inevitable future, and I am God, marching us along the path to destiny.

In the unlikely event that the Hares is too hard of a sell, I have a few backup suggestions. My second choice is the Hall Conards. What better way to psych out our main rivals than to name ourselves after them? Imagine being a Conard student, pulling up to Hall for a game, and seeing a sign that said “Hall High School: Home of the Conards.” I would leave. The only way this could get any better is if Conard became the Conard Halls. There are no downsides to this. It would confuse other schools so much. I can almost hear their conversations.

“No, I think we’re playing Conard.”

“No way, we’re playing the Halls.”

Another mascot idea I’ve heard around is the Hall Monitor Lizards, so we can be the Hall Monitors. That’s good. I’m on board with that. In the same vein as that, we could be the Hall Of Famers, the Hall Passion (Hall Pass for short), or the Hall Runway Models (Hall Way for short). I think that names like these are solid options, and we could have a future with any of them.

One naming scheme that we haven’t even considered yet is rhymes. My personal favorite is the Hall Balls (roll balls). But we could also be the Hall Talls and expel anyone under 5 feet 6 inches, the Hall Stalls (commemorating our world-famous bathrooms), or the Hall Alcohol (or just AlcoHall). (Hall Highlights does not condone underage drinking).

Even a naming genius such as myself must compromise occasionally. I would be willing to settle for the Hall Whales if and only if Conard becomes the Conard Krill. Whales eat krill, and we figuratively devour Conard at everything. Furthering this idea, many whales are blue and krill are red. It works. Another possible W name if we really must go with that is the Hall Withdrawal. We’re like a drug, and our opponents are addicted to coming back for more.

While I was writing this, I accidentally wrote “kirk” instead of “krill.” Going off of that, we could always be the Hall Kirks as an homage to everybody’s favorite Nationwide Driving School instructor. Hats off to you, Kirk. Keep doing what you do.

Whatever mascot we go with, I’m sure it will be a good one (as long as it’s from this article). I mean, we really can’t go wrong (with mascots in this article). I can’t wait for the future of a new Hall High School with a new and improved mascot (roll rabbit).