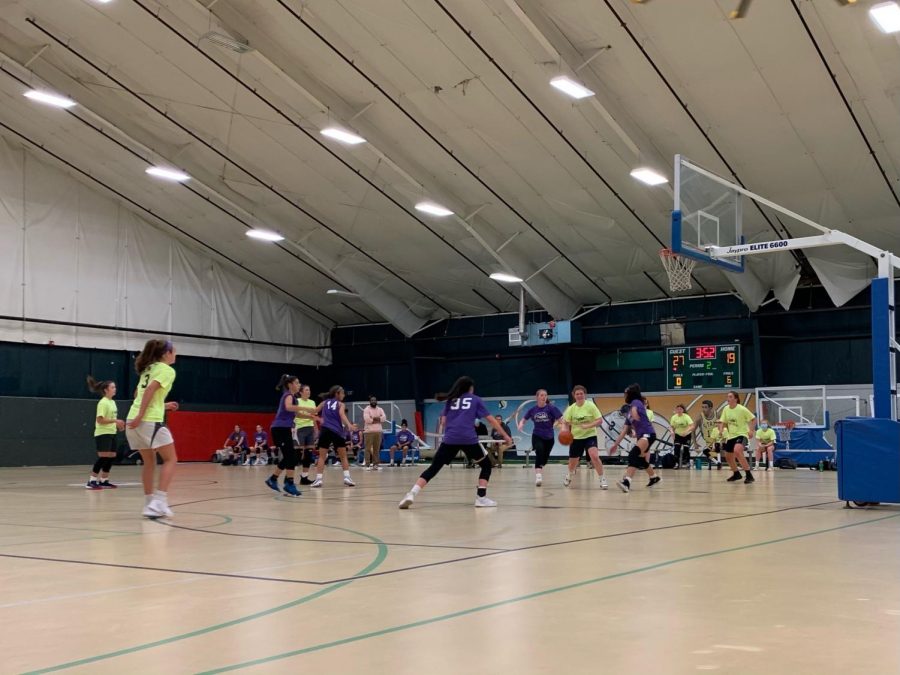 The Connecticut Interscholastic Athletic Conference (CIAC) has delayed the start for all winter sport games and practices until mid-January.

Before this announcement, teams were set to begin practices on Dec. 5. However, due to several school districts moving to virtual learning and the increased risk of indoor sports, the season has been delayed.

“Today’s action supports our member schools while they continue to manage rising COVID numbers within their communities and experience widespread movements to distance learning,” CIAC Director Glenn Lungarini states in his letter to all member schools’ athletic directors. He says this decision prioritizes the health and safety of our school’s communities.

This decision, however, was not easily made. In the weeks leading up to the verdict, The Department of Public Health (DPH), the CIAC, and Connecticut governor Ned Lamont worked closely together to achieve a compromise that keeps student athletes happy and healthy.

“As we get into the winter season, there is a higher level of community spread of COVID-19 than there was a few months ago, and that impacts athletes in all sports, especially those played indoors,” Acting Department of Public Health Commissioner Deidre S. Gifford said in a statement. “We have seen clusters of cases related to individual teams and sporting events, and this can be very disruptive to schools if youth or anyone else exposed then needs to quarantine due to exposure. Even though the effects of COVID-19 in youth tend to be less significant, children can easily spread infection to more vulnerable members of our community if exposed,” Gifford continued.

Lungarini stated that around 7,800 games were played in the fall season. Only seven positive cases were linked back to CIAC events.

Winter sports, however, pose a much higher risk due to them being indoors. Wearing a mask indoors can be uncomfortable, but the University of Maryland Medical System says “It is generally safe to exercise with a mask on, but there are steps you can take to ensure that you are masking effectively and not putting your health at risk.” Still, masks can only do so much to eliminate the spread of Covid-19.

This decision does not affect college and professional sports, but it has put a halt to youth, adult, and club leagues. Parents, spectators, coaches, and athletes are all impacted by the postponing of winter sports.

Patrick Sullivan, a multi-sport athlete at Hall High School, felt comfortable playing soccer in the fall, but is unsure about indoor sports. However, he understands the difficult decisions that the CIAC and DPH have had to make over the last few months. “You gotta do what you gotta do!” He states.

Hall boys basketball Coach Bryan Moretti says he is “trying to be as open minded as possible.” He said that up until this decision was made, his players were playing in a fall league. While he had to watch from the sidelines, it was safe and successful overall.

There are still several unknowns for the upcoming winter season. For athletic events in the fall, parents and siblings were allowed for both indoor and outdoor sports.

Hall High’s athletic director Jason Siegel “Hope[s] to be able to offer the same experience this winter season, but only time will tell.”

The DPH has recommended several mitigation strategies to prevent the spread of Covid-19. Some of these recommendations include:

Requiring the use of face-covering masks that completely cover the nose and mouth by all coaches and players (including during active play).
Postponing indoor activities and/or moving indoor activities outdoors.
Keeping individuals in small cohorts.
Limiting/eliminating interactions with individuals outside of your household.
Increasing and maintaining distance between participants.
Implementing rule changes that reduce the number, frequency, duration, and/or exertional level of person-to-person physical contact.

Regulations will likely differ from sport to sport, as each sport has been categorized as higher-risk, moderate- risk, and lower-risk. The DPH defines higher-risk sports as “those that involve close, sustained contact between participants, lack of significant protective barriers and high probability that respiratory particles will be transmitted between participants.” This includes sports such as boys lacrosse, wrestling, and 11-v-11 football, which was not allowed in Connecticut this fall.

Moderate-risk sports are defined as “those that involve close, sustained contact, but with protective equipment in place that may reduce the likelihood of respiratory particle transmission between participants, or intermittent close contact, or group sports, or sports that use equipment that can’t be cleaned between participants.” This includes sports such as baseball, soccer, and field hockey.

Lower-risk sports are defined as “those that can be done with social distancing or individually with no sharing of equipment or the ability to clean the equipment between use by competitors.” This includes mainly individual events, like swimming and running.

With more and more schools moving to remote learning, it’s likely that the rules in place now will not be the same come Jan. 19.

While there are still several uncertainties regarding the status of winter, as well as spring sports, it’s important to follow all guidelines and recommendations given by the CDC and DPH to ensure a winter and spring sports season, but also to protect yourself and those around you.