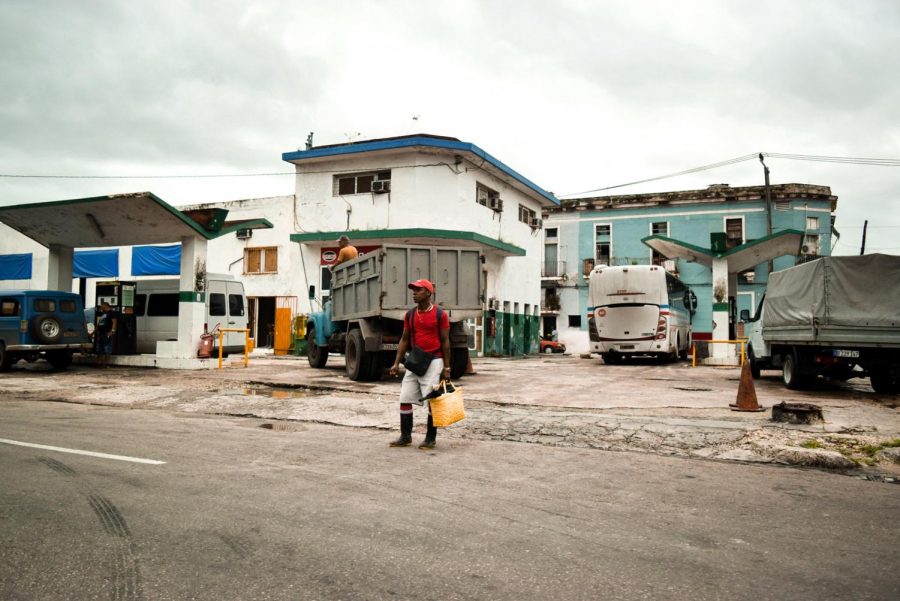 Pictured first, is a gas station sitting on the corner of a notoriously busy road in Havana, “La Rampa”. The young women pictured are patiently waiting to find a ride to a party. The irony with this photo is the fact that they are having such a hard time but there are literally taxi cars right behind them. Pictured middle is a man walking out of a gas station. This acts as a symbol to the idea of this petroleum drought that is forcing people to walk.

The third and last photo also furthers this idea as we see a man walking in a very rural setting. This is not a common occurrence because people living in rural areas typically have their own car.

But a backstory must be granted to this drought, which has truly rendered Cuba to be a defense-less victim. The issue is that Cuba’s main gasoline supplier, Venezuela, is having their own problems, as their economy trickles down at an exponential rate. The result: less gas for Cuba.